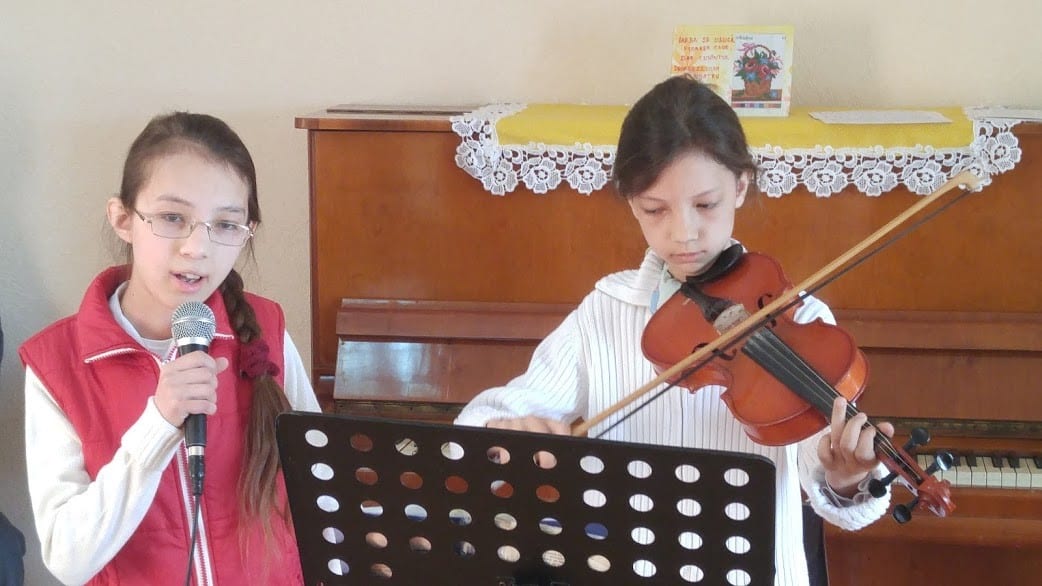 Anna (11) is the third child in the Ermulaev family. All three children suffer from a disease called scoliosis IV grade. In this disease, the spine deviates from the longitudinal axis and bends the whole body. The births were all very difficult. Nevertheless, the parents were very happy about each of their children, which they gratefully accepted from God's hand. But soon they realized that their children did not develop as they should. First, they noticed it with their eldest son Mark. The doctors immediately did something, but gave up shortly afterwards. Mark could not eat properly, sleep at the age of fourteen, and even found it difficult to breathe. Soon the hard parting came here on earth: God redeemed him from his grave illness (see report: Circle of Friends No. 41).

The second daughter Esther fell ill with the same illness when she was six months old. She could no longer hold her head, which is why her prescribed massages and therapies. When she was eleven Esther lost a lot of weight and grew very slowly. There followed an abnormal curvature of the spine. The same symptoms of the disease as with her brother Mark. Big worries came over the parents because they could not finance the treatments.

Unfortunately, the doctors found that eleven-year-old Anna also suffers from this disease. Like her sister, she can not do without a corset to keep her body upright. Both girls are musically gifted, play the violin and like to do the services in their community, in the town of Criuleni.

Since the cost of corset treatment and making is very high and parents are unable to afford it, we ask for financial help. The physically disabled father Waldemar is unemployed. The family does not know how to make ends meet. The worries about the health of her two daughters are very high. Please pray for the family Ermulaev and especially for the health of Esther and Anna.