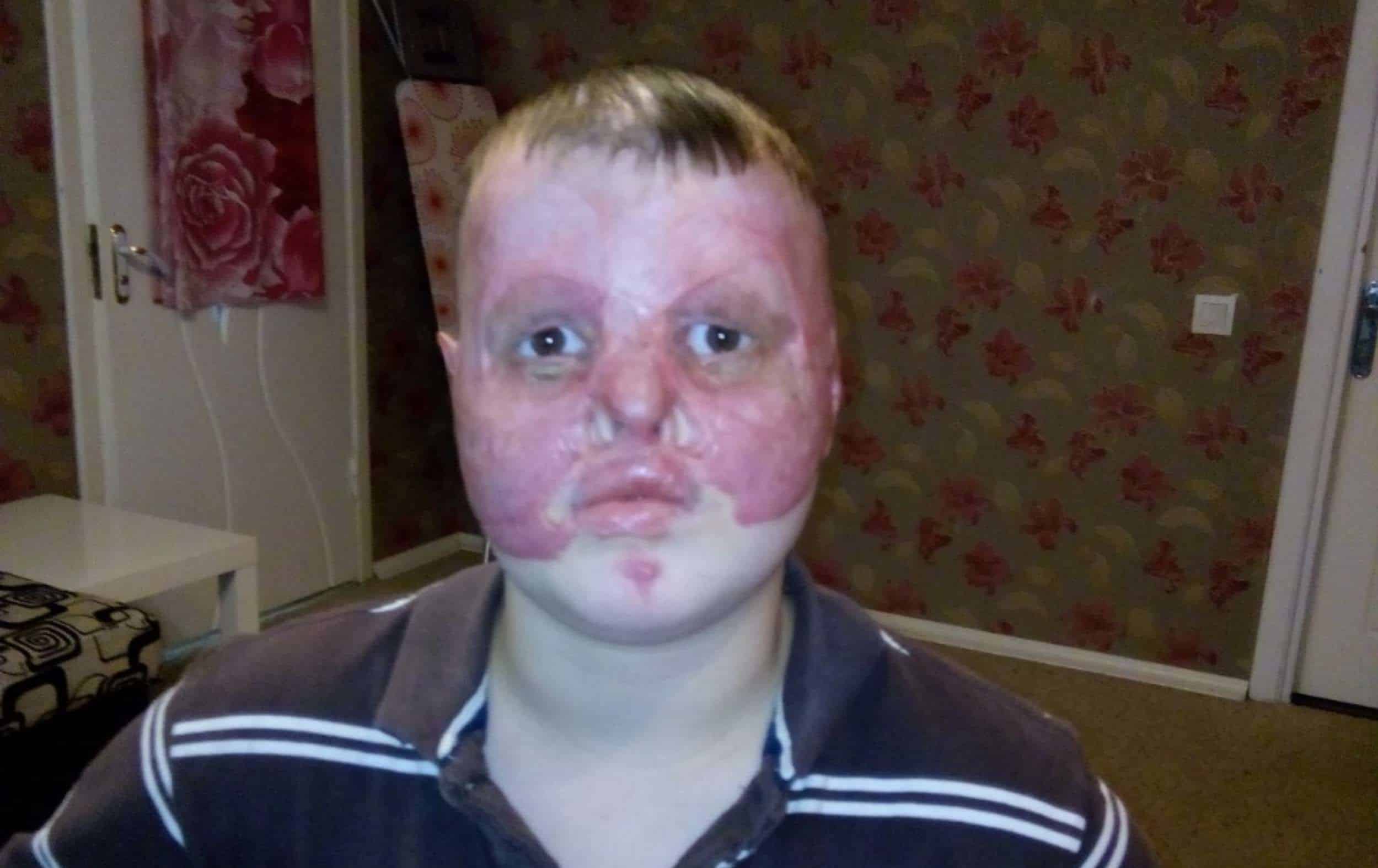 Suddenly a terrible bang and a loud scream - the father saw his ten-year-old son Josef running away from the burning vehicle. he ran like a burning torch. the father couldn't grasp what had happened so quickly, but he ran to him and threw him into the snow to put out the fire. what had happened?

Because there had been an unusual cold weather in southern Russia in January, the small truck, which was standing in the open air, had not started. The father had tried to warm up the oil tank with a burner, when suddenly the tank exploded. At that moment little Josef was just near the vehicle.

He was quickly taken to hospital. The doctors did everything they could to relieve the boy's severe pain. The biggest injury was to his face, but after several months of medical treatment, the scars on his face became increasingly large.

Little Josef cannot eat or sleep normally, and it is strongly recommended that he be brought to Germany. The doctors at the Mainz Children's Hospital agree to take the boy in and treat him.

the parents of little Josef, who died in an accident (burn) at the beginning of the year, are very grateful for the intercession and financial help from germany. Josef's condition did not let some hearts drop by indifferently. in the past time, two operations and the spa treatment could already take place. at the moment, the compression wash is being applied. Josef's condition is stable. he can eat and sleep well again. the medical treatments are in progress and in three months further operations will be performed.